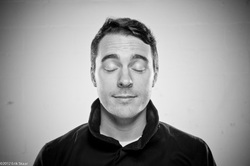 Keith Rivers, a 29 year-old Seattle native, began making films at the
ripe age of 12, using his father’s VHS camera. From those early Monty Python parody films, Rivers evolved into directing extreme ski films for various competitions and festivals. After graduating from the Art Institute with a degree in Film, Rivers began as an editor for Microsoft’s X-Box Live Marketplace and that position soon led to opportunities for him to direct several Microsoft online campaigns.
Rivers’ brand of unique storytelling can be seen in his films for Chevrolet, Volvo, Microsoft, and Amazon, as well as in the extensive work he’s done for non-profits like World Vision and Shake Poverty. His sports background and adventurous spirit has helped to fuel his energetic documentary style, which is
often accompanied by rich colors, a musical track, and highly stylized camera techniques. 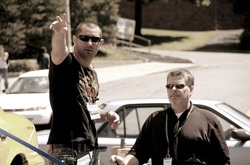 Paul Gordon is the Creative Director for the Welch Group in Los Angles. He specializes in motion graphics and is currently producing Hollywood style movie trailers for books.http://www.paulmichaelgordon.com/Welcome.html 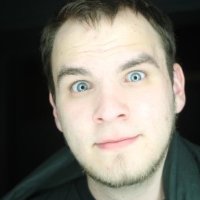 Jacob Shroades is an ambitious computer arts generalist, educated in Character and Environment Design, Animation, Texturing, Lighting and Rendering, and Visual Effects with a focus on Compositing from Full Sail University. 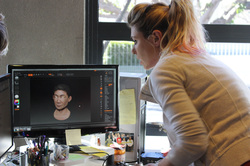 Lizzie Finnegan is a 3D animator and Art Director that works at Alelo an animation studio in Santa Monica. She uses Z-brush and Maya to create her characters for the language learning software that Alelo specializes in.
http://www.alelo.com/